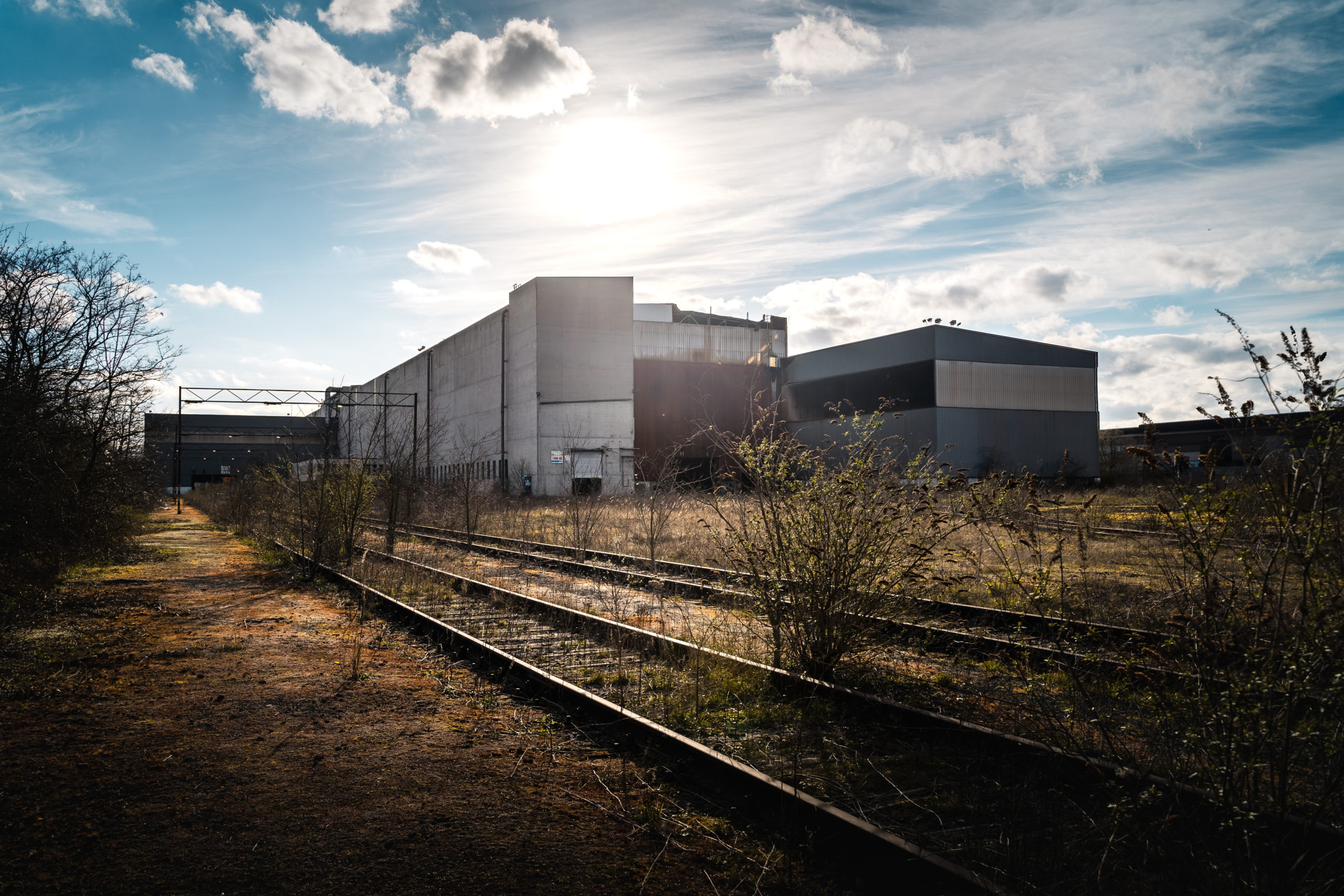 This colossal building of several meters long is a former carbon and stainless steel steel pickling line, possibly inaugurated in 1982. The factory was put "under cocoon" in the spring of 2009, in other words it was shut down pending a possible restart, but this never happened. Trade-in options, in particular concentrating the activity on stainless steel only and leaving aside carbon steels, were deemed too expensive following a study in 2014.

The scrapyard was immediately emptied of its machines and tools so that they could be reused at other sites. Part of it was used to replace a failing part from a sister scrapyard based in Spain. Since then, the site has been deserted and quite empty, following the dismantling of parts as well as the passage of cable and metal thieves. Soon, the area should be cleaned up and make way for new industrial exploitation. Concrete plant and waste treatment projects have already been presented, the case is continuing with the usual neighborhood conflicts linked to the pollution of the site, its proximity to habitable areas, etc.

This exploration goes back some time. If several photos of the place are circulating on the web nowadays, it was not the case when I went there, so it is with a little suspicion related to the security that I entered the site. I quickly realized that there was nothing to fear: the factory is completely empty, open and there is nothing left to steal. I walked there for several hours because the building and its various spaces are large and offer incredible perspectives.

First of all, there is the main hall. It is several meters long (around 350m if I trust Google Maps scale). Without machinery, it’s quite difficult to get an idea of ​​the exact process. Next to this main hall is another, somewhat narrower gallery, with several rows of concrete walls extending to infinity, which looks like it came straight out of a sci-fi movie. The view is so impressive that we forget to look up, to realize that a huge orange elevator shaft is hanging there, below our heads. Hope it doesn't fall!

Next to it there are other large rooms and various galleries, as well as the headquarters with the office, showers and more. The places are very degraded, some ends flooded… We also feel that the dismantling of the parts was done in haste, the workers not hesitating to leave the accesses wide open and to open up a large part of the north facade, which is now conducive to drafts. I still have very fond memories of the place and if it still sticks around for a bit, maybe I'll go back.