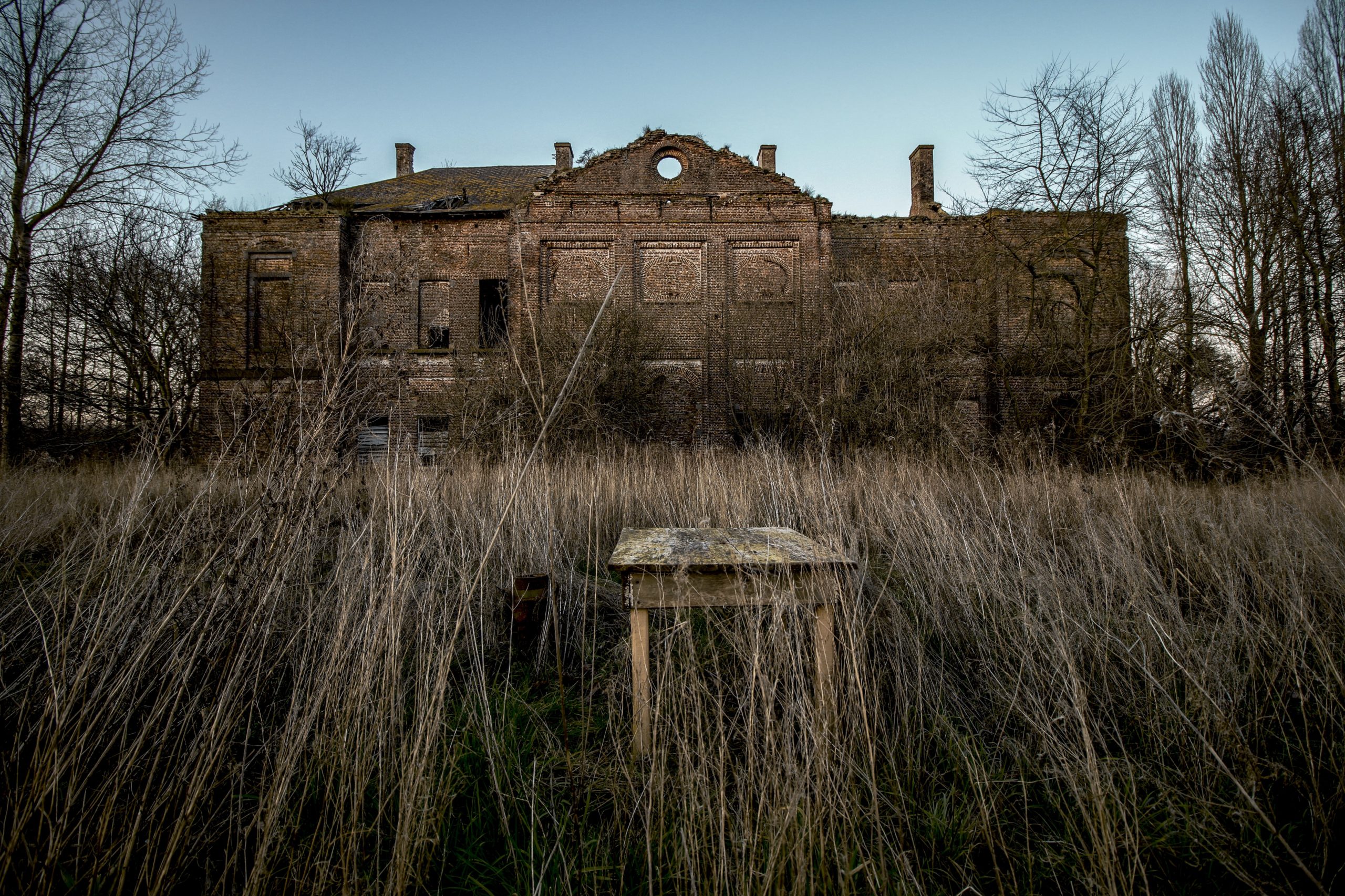 This neo-classic castle of Louis XVI style was built at the end of the eighteenth century by the last Lords of Grand Champ, but was never fully completed. Classified as Historic Monument on August 2nd, 1991, the castle was the object of a Ministerial decree downgrading it in February, 2016. Due to a lack of maintenance and renovation, there remains only ruins of this beautiful building. The windows are mostly walled up, two thirds of the roof collapsed and the nature has taken over from within.