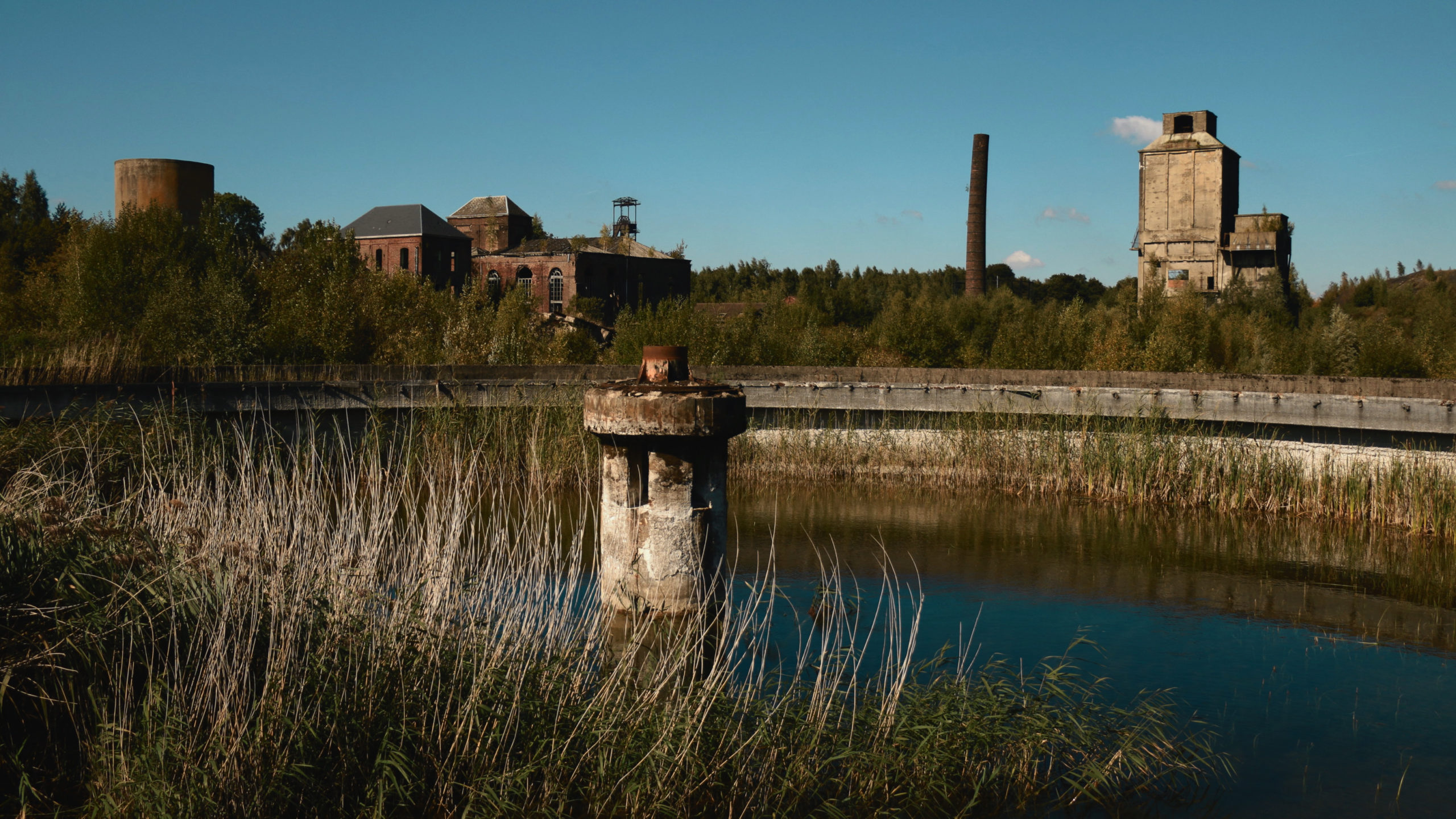 Founded in 1906, the Coking Plant of Anderlues was specialized in the production of coke for industrial use. Coke was obtained by distillation of coal in furnaces and it was then used to feed the blast furnaces in the steel manufacturing process.

Closed and abandoned since 2002, the site has since undergone many losses and damages, not including an important pollution. While some buildings have now been demolished, there are however still some important parts of the former coking plant.

Among them, the former coal tower, next to the imposing « battery » of 38 furnaces, where the coke was produced. Besides them, we still can see the administrative buildings, the power station with its cooling tower, and buildings for the by-products, which were obtained by recovering the tar and coal gas. There are also a gasometer north side, the coal tip east side and a settling basin south side.